Wolfgang P. Schleich studied physics and mathematics at the Ludwig Maximilian University Munich and received his doctorate and habilitation in 1984 and 1989, respectively. Since 1991 he has held a chair of theoretical physics at Ulm University and is Director of the Institute of Quantum Physics. In 2013, he became a Faculty Fellow of Texas A&M University Institute for Advanced Study (TIAS). For his scientific achievements he has received numerous honors and awards, in particular, the Leibniz Prize of the German Research Council (DFG), the Max Planck Research Award of the Alexander von Humboldt Foundation and the Max Planck Society, and the Willis E. Lamb Award for Laser Science. 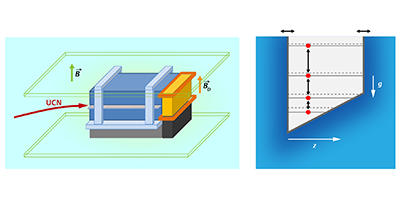 Neutrons Knock at the Cosmic Door

The quantum behavior of a neutron bouncing in the gravitational field of the Earth can improve what we know about dark energy and dark matter. Read More »