May 18, 2022• Physics 15, s68
A discrepancy between different measurements of the Hubble constant could be removed by the existence of an exotic form of dark matter.
×

If a single number describes the history and fate of the Universe, it’s the Hubble constant, , which quantifies the speed at which galaxies move away from us. But researchers measuring find different values depending on the method they use. Now, a team at the University of New Mexico and the University of California, Davis, proposes a way to resolve this “Hubble tension” through a rescaling of the relevant distances and timescales [1]. This approach lends support to beyond-standard-model theories that might include an exotic form of dark matter.

Astronomers can estimate by measuring the redshift of objects whose distances are known. Alternatively, they can infer it using the cosmic microwave background (CMB) and the lambda cold dark matter (ΛCDM) cosmological model. The CMB’s temperature and polarization patterns were primarily imprinted during the Universe’s recombination period, when electrons and ions joined to form neutral atoms. The length scale of these patterns determines , but it can only be estimated by assigning values to processes such as the rate of photon-electron scattering during recombination and the rate of Universe expansion.

In the new study, the team shows that by appropriately scaling the values assigned to these processes, they can obtain a ΛCDM-derived value that matches the redshift-derived one. They suggest that such a scaling could be caused by a previously proposed “mirror world” dark sector—a set of standard-model-like particles that interact gravitationally with conventional matter. “It was quite a surprise for us when we realized that such models could naturally exploit the scaling symmetry we identified,” the team says.

In its current form, this scaling solution is unlikely to be the last word on this problem, as it incorrectly predicts the Universe’s relative abundances of deuterium and helium. But, the team says, solving that issue should be easier than solving the discrepancy.

Symmetry of Cosmological Observables, a Mirror World Dark Sector, and the Hubble Constant 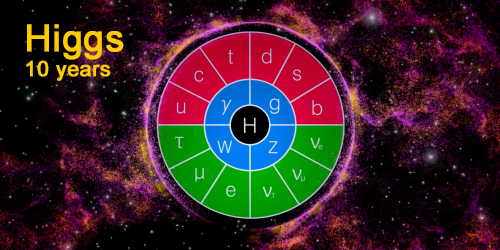 Symmetry of Cosmological Observables, a Mirror World Dark Sector, and the Hubble Constant