Subir Sachdev studied at the Indian Institute of Technology in Delhi, the Massachusetts Institute of Technology (MIT), and Harvard University. He is now the Herchel Smith Professor of Physics and department chair of physics at Harvard University. He has been elected to academies of science in the United States and India. Sachdev has received several honors, including the APS LeRoy Apker Award (1983) for his work as an undergraduate at MIT, the APS Lars Onsager Prize (2018), and the Dirac Medal (2018). In 2009 he was recognized as an Outstanding Referee by the American Physical Society.

A new renormalization group approach that maps lattice problems to tensor networks may hold the key to solving seemingly intractable models of strongly correlated systems in any dimension. Read More » 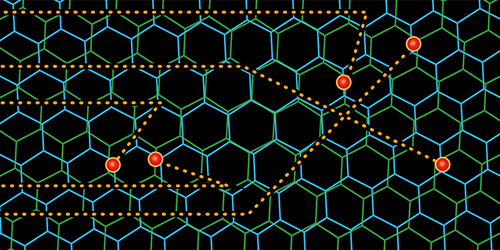 Graphene Reveals Its Strange Side