September 3, 1999• Phys. Rev. Focus 4, 13
Physicists have come up with a new way to effectively sheild magnetic fields in an MRI machine.
×

Stray fields from high-tech devices like magnetic resonance imaging (MRI) machines could erase credit cards and computer disks if they weren’t protected by shielding technology. Now a pair of physicists shows in the 6 September PRL that the newest generation of shorter and more open MRIs can be shielded far better than anyone thought. Solving the electromagnetic equations, they found that by optimizing both coils–the one producing the magnetic field as well as the one that corrals it–they achieved “supershielding,” a drastically reduced field outside the machine. Their theory may apply to many other devices that require confined or excluded electromagnetic fields.

Conventional MRIs confine the magnetic fields by surrounding each “primary” coil with a “secondary” coil that cancels the magnetic field outside the pair. This design contains the fields within the machine and also prevents the fields from generating currents in any metal outside the coils–currents whose own magnetic fields could influence the tiny signals an MRI must detect. An infinitely long secondary can completely eliminate stray fields, and conventional MRIs are long enough that a truncated secondary is adequate. But the newer, more patient-friendly machines are shorter, so Robert Brown and Shmaryu Shvartsman of Case Western Reserve University in Cleveland set out to design shielding better suited to the new crop of machines.

The density of wire windings along the coils can vary with position, so the team used so-called variational theory to find the configuration of windings that would best suppress external fields, while still providing the internal fields the MRI requires. MRI designers usually fix the primary coil design to provide a specific internal field before devising a secondary coil to shield it. But when Brown and Shvartsman allowed their computer programs to vary both coils at once, they were surprised to see almost perfect shielding, even with a secondary coil shorter than the primary. “We were absolutely astounded,” recalls Brown, because a short secondary shielded almost as well as an infinitely long one. He has compared it to remaining dry in a rainstorm even after shrinking your umbrella to the size of a cocktail decoration.

The new approach worked in part because the primary coil can provide some “self-shielding” in places where the wire is wound in the opposite direction from the rest of the coil. The team’s theory predicts 100 times better shielding than the more traditional design process gives, for coils less than half as long (0.8 m) as those in conventional MRIs (about 2 m ). Brown says that the price for supershielding of even shorter coils would be increasingly complicated current patterns and higher currents, both of which would increase the difficulty of manufacturing the coils.

Brown sees other applications of supershielding, such as suppressing the “crosstalk” among components in microelectronic circuits and protecting the integrity of precise magnetic fields needed in research instruments like electron microscopes. William Edelstein of General Electric Company in Schenectady, NY, says that the practical limits of a working MRI machine may reduce the effectiveness of the Case Western team’s theory. “The devil is in the details” he says. Brown says the practical problems are solved in a complete gradient coil design submitted for a patent, although the design is not yet public.

A new laser technique could lead to ultrashort-pulse, high-energy ion beams for medical use. Read More » 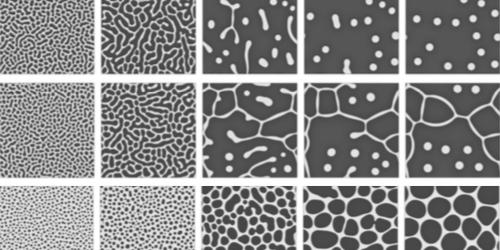 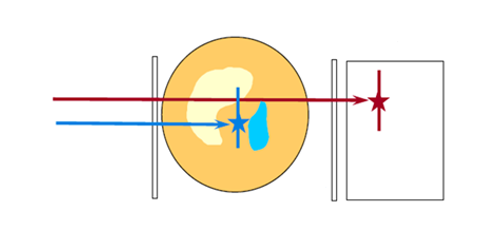 A proposed upgrade for proton accelerators used for cancer treatment could enable doctors to use the machines to image tumors as well as to treat them. Read More »