Synopsis: Wall Filters out the Sound You Want to Hear

June 13, 2013
Sound at a specific frequency passes through a wall with membrane-covered holes, as if the wall weren’t there.

Researchers have created the opposite of a soundproof wall by punching small holes in a metal sheet and then covering the holes with tightly stretched plastic wrap. At the membrane’s resonance frequency, incoming sound waves pass through the wall nearly unimpeded. The design, described in Physical Review Letters, was inspired by composite structures called metamaterials, which can manipulate light and have been used to make invisibility cloaks and other strange devices. A wall “invisible” to particular sound waves might be used as a filter or even an audio microscope.

Naively, light or sound waves should not be able to pass through holes smaller than their wavelength. But “extraordinary” transmission through walls with subwavelength holes is made possible by various resonant effects. Recently, experiments showed that light transmission could also be enhanced through channels filled with metamaterials that have a near-zero permittivity (equivalent to having “zero resistance” to electric fields).

Jong Jin Park of Yonsei University in Seoul, South Korea, and his colleagues have now explored enhanced metamaterial transmission in an audio setting. They began with 5-millimeter-thick aluminum walls perforated with one or more 10-millimeter-diameter holes. To create a similar “zero-resistance” effect, they covered the holes with 10-micron-thick plastic film. At the resonance frequency of this membrane ( hertz), air moves in the holes as if its mass were zero, which speeds up the corresponding sound waves. This acceleration results in 80% of the incoming sound transmitting through the wall, no matter the incident angle. The concentration of sound inside the holes (as much as a 5000-fold increase) might be used to magnify a small signal, as is done in near-field optical microscopes. – Michael Schirber

How Plants Do Their Math

Cosmology Near and Far 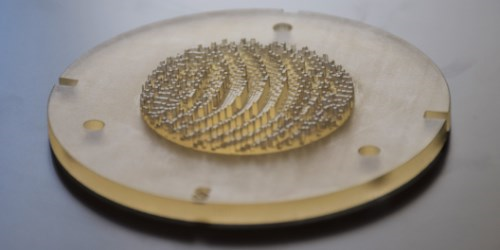 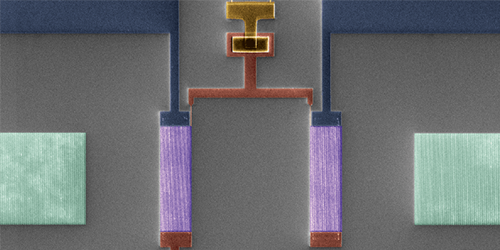 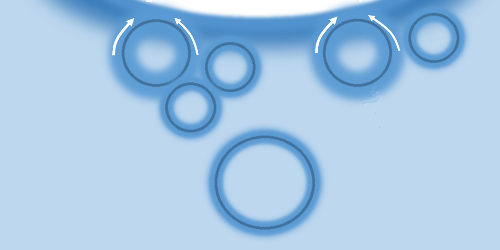