Synopsis: Igniting Fusion in the Lab

April 4, 2019
Researchers spot the signatures of nuclear fusion in a table-top-sized setup commonly used to study the plasmas found in stars and other astrophysical objects.

Future nuclear fusion reactors promise the possibility of supplying Earth with an unlimited source of clean energy. Attempts to create these reactors typically involve building-sized contraptions to generate the hot plasma needed to initiate fusion reactions. Now Yue Zhang at the University of Washington in Seattle and colleagues have successfully created fusion reactions using a setup that is small enough to sit on a table.

The team’s setup is known as a Z pinch, where the electric current in the plasma generates a magnetic field that “pinches” or compresses the plasma. Researchers have used the setup for decades for lab-based studies of the hot interiors of stars. And in the 1950s, scientists detected the signatures of neutrons generated by fusion reactions inside a Z pinch. But despite this initial success, researchers had largely given up on Z-pinch-based fusion reactors because of the unstable nature of the plasmas they produce.

Zhang and colleagues have found a way to get around this problem, generating a stable plasma from deuterium and hydrogen atoms. To do this, the team applied a shear force to the plasma as it advanced through the accelerator. This generated a radial flow that maintained the plasma—a solution to the stability problem predicted by theorists. The resulting plasma stayed stable for around 16 s, 5000 times longer than possible for static plasmas. During this stable period, the team detected the presence of the high-energy neutrons expected from a fusion reaction, with this signal lasting for 5 s. While there are many steps from here to a viable reactor, the demonstration points to the potential use of a Z pinch in future compact fusion-energy generators.

Katherine Wright is a Senior Editor of Physics.

Correction (11 April 2019): An earlier version of the article said the researchers had ignited sustained fusion, incorrectly implying that the fusion reactions do not require energy input.

A New Model for Electrolyte Conductivity 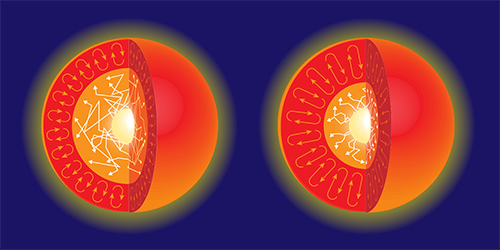 Experiments that replicate conditions in the Sun’s interior have found that the light absorption by certain elements doesn’t match expectations, raising questions about the accuracy of solar models. Read More » 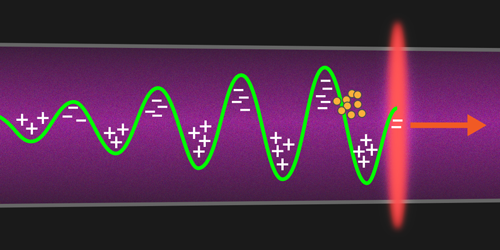 Viewpoint: Shooting Ahead with Wakefield Acceleration

A method for accelerating particles, called wakefield acceleration, has notched up its output energy, bringing it closer to its goal of shrinking the size of accelerator facilities. Read More »