The History of Observations of the Higgs Boson

On July 4, 2012, researchers at CERN in Switzerland announced that they had discovered the Higgs boson, ending a nearly 50-year hunt for this elusive particle. To mark the decennial of the announcement, the editors of Physics Magazine have mapped the history of the Higgs as told through stories from our archive. 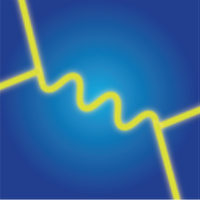 The Narrowing Search for the Higgs Boson

Our coverage of the Higgs boson starts in January 2009, not at CERN, but at Fermi National Accelerator Laboratory (Fermilab) in Illinois. There, researchers were slowly chipping away at the bounds on a Higgs parameter known as the cross section. For a range of possible Higgs masses, the experiments set the largest possible cross section for one of the Higgs decay modes to be as much as 10 times that predicted by the standard model of particle physics. 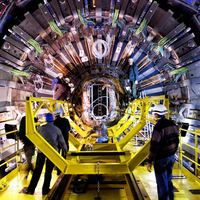 A Higgs Boson without the Mess

The Higgs boson can appear when two particles collide. Once created, it transforms into other particles that can then be detected. The collision process is messy, destroying the two colliding particles and producing many others, alongside the Higgs. But predictions suggest that the Higgs can also be produced in collisions that leave the original particles intact. Researchers at Fermilab detected this rare process, albeit for a non-Higgs-producing collision. 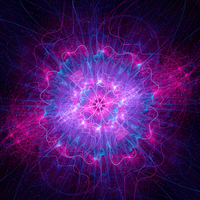 Searching for the Higgs

As CERN’s Large Hadron Collider (LHC) geared up to start collecting data, Gail Hanson of the University of California, Riverside, outlined the prospects for discovering the Higgs boson at the LHC. At the time, she thought that detecting a “light” Higgs—one with a mass around the 125 GeV that the Higgs was later found to have—would be “difficult” and would require “two to three years of data taking.” She couldn’t know that the Higgs would start popping up in the data just a few months later. 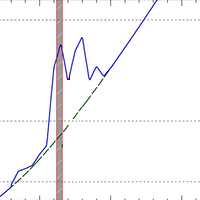 First Bounds on the Higgs Boson From Hadron Colliders

Less than two months before researchers at CERN switched on the LHC, those at Fermilab gave them another helping hand in the Higgs search. In early 2010, the Fermilab team published results that excluded parts of the mass range of the particle that were inconsistent with their latest data. Klaus Mönig of DESY, Germany, wrote that the LHC would cover the remaining mass possibilities and “should be able to say the final word on the existence of the Higgs.” 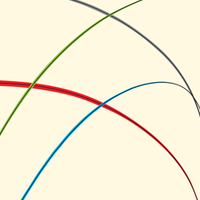 Homing in on the Higgs Boson

Even before their July 2012 announcement, rumors were circulating that the LHC had already seen the Higgs. Howard Haber of the University of California, Santa Cruz, wrote about one concrete hint. Researchers at CERN had found—in two sets of LHC data—enough Higgs-related events to potentially pin the mass at 126 GeV. But the teams didn’t yet have enough data to claim a discovery. 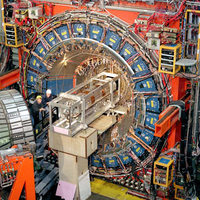 A Fuller Picture of the Higgs Boson

A month after researchers at CERN confirmed that they had indeed discovered the Higgs boson, two Fermilab collaborations announced the results of their Higgs search. Albert De Roeck of CERN wrote that the teams had found evidence that a particle with a mass similar to that of the newly discovered LHC Higgs transforms into quarks. This transformation pathway is different from the one used by the LHC to spot the Higgs, but it is consistent with predictions for the particle. 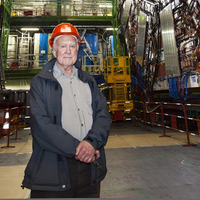 With the discovery of the Higgs boson came a flurry of prizes. Arguably the biggest of physics awards—the Nobel Prize in Physics—was given just a year later, in 2013, to two of the three theorists whose work sparked the Higgs hunt. François Englert of the Free University of Brussels (ULB) and Peter Higgs of the University of Edinburgh, UK, were awarded the prize for independently deriving a model explaining why particles are not massless, one that requires the existence of the Higgs boson. 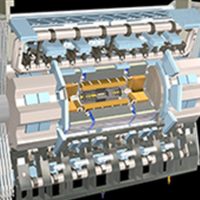 While the Higgs boson is turning 10, the characterization of all its properties is ongoing. Perhaps the most important of these properties is its mass. The initial discovery indicated that the Higgs has a mass of around 125 GeV. In 2014, physicists tightened up that value, finding the mass to be 125.36 ± 0.37 GeV. 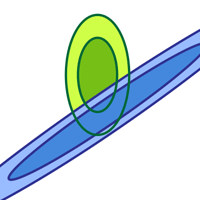 The Higgs boson mass then got another update a year later, with physicists putting it at 125.09 ± 0.24 GeV. Chris Quigg of Fermilab wrote that the updated mass would allow stronger tests of the standard model and of theories that describe the Universe’s stability. To date, such tests have all been consistent with the standard model’s predictions. 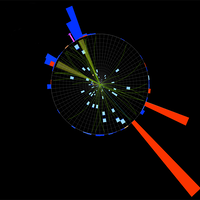 Last in Physics Magazine’s Higgs lookback is the 2018 observation of the Higgs boson transforming into a pair of bottom quarks. According to predictions, this outcome is the most likely of the Higgs’ possible fates, but experimentally it is trickier to measure than less probable transformations. Howard Haber of the University of California, Santa Cruz, wrote that the observation was a milestone in the long effort to determine whether this remarkable particle behaves as physicists expect.