Nanoscale Warming Is Faster Than Cooling

September 11, 2020• Physics 13, 144
Contrary to conventional wisdom, a sufficiently small, cold object warms to the temperature of its surroundings faster than a warm object cools, according to a new theory.
×

Researchers have long assumed that heating and cooling occur at the same rates, but a new theory shows that, for nanoscale bodies, cold objects warm up faster than hot objects cool down [1]. The effect appears to be the result of a subtle difference in the way heating and cooling work at the nanoscale. The asymmetry, the researchers believe, could soon be demonstrated in experiments, and it could prove useful in engineering tiny engines for use in a variety of nanodevices.

Basic physics asserts that cooling and warming rates should be identical if conditions are the same. Much as a ball on a hill rolls downward, seeking states of lower energy, a thermodynamic system generally evolves, or “relaxes,” to minimize its free energy, a quantity that represents the amount of energy available to do work. If the total free energy difference between the initial and final conditions is the same in both cases, warming and cooling should take place at the same rate.

Alessio Lapolla and Aljaž Godec of the Max Planck Institute for Biophysical Chemistry, Germany, analyzed a class of mathematical models of the equilibration process. In one model simplified to one dimension, they considered a particle trapped in a small region and undergoing random Brownian motion at some temperature . In the model, the particle has a most likely position—the center of the trap at —and the particle's position fluctuates randomly about this point. These fluctuations are described by a probability distribution, a function representing the likelihood of finding the particle at each position. The function has its peak at , and its width increases with heating and decreases with cooling.

Lapolla and Godec first solved for the probability distribution for the particle position if held at a cold temperature and at a hot temperature . They then imagined plunging this trapped-particle system into an environment at a different temperature, , chosen between and . By choosing appropriately, they made the free energy difference the same in both cases, expecting the rate of temperature change to be identical. Yet their detailed calculations revealed that the system warming up from would reach faster than the one cooling down from .

“Relaxation happens faster ‘uphill’ than ‘downhill,’” says Godec. “This is an unforeseen asymmetry.” The researchers also demonstrated the effect in a couple of other related models and proved a general theorem that gives the conditions under which it should be expected.

“I believe we still have a lot to understand. We have only scratched the surface so far,” says Godec. The team hopes that further study of the effect will result in a deeper understanding of other situations where the temperature changes over time. For example, some liquids freeze more rapidly if their starting temperature is warmer, rather than colder—a phenomenon known as the Mpemba effect.

“I find the effect surprising and counter-intuitive,” says statistical physicist Edgar Roldan of the Abdus Salam International Centre for Theoretical Physics, Italy, “because at higher temperatures a system has larger fluctuations and thus more configurations to explore. It does remind me a little of the Mpemba effect.”

Verifying the effect in experiments, the researchers believe, should be relatively easy and could be done in the near future, for example, by measuring the positions and effective temperature of particles held in an optical trap. The researchers suggest that the effect could also be useful in some practical applications, such as efforts to improve the efficiency of microscopic motors and heat pumps by engineering better thermal properties. 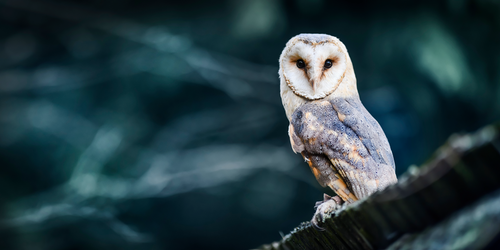 Birds of a Feather Hunt Differently

Tracking of bird movements shows that the animals don’t spread outward like molecules in a gas, as ecologists often assume. Read More »