April 30, 2020• Physics 13, s58
Using a carefully designed phononic device, researchers manipulate the motion of beads and cells along a surface.
×

Acoustic tweezers trap and move small particles by hitting them with sound waves. The idea has been around for a few decades, but current implementations of the technique are impractical for many applications because of their bulky nature; they rely on moving the sound sources or on using multiple sources. Now, Feiyan Cai, of the Shenzhen Institutes of Advanced Technology in China, and colleagues have exploited the properties of phononic crystals to dynamically manipulate the movements of micrometer-sized particles with only a single, stationary sound source.

A phononic crystal is an artificial material with a periodic structure that can control where sound waves travel through it. Cai and colleagues reasoned that they could potentially use specially designed phononic crystal plates to shape sound waves of certain frequencies, such that the waves would impart forces onto a particle on the crystal’s surface. These forces could then trap, levitate, or move the particle in some predetermined way.

They tested the idea first with computer simulations and then with real devices made of phononic crystal plates that they machined from stainless steel. For the particles, they used either 30-micrometer-wide polystyrene beads or 15-micrometer-wide live human breast cancer cells. The team successfully started and stopped the motion of the beads and cells by applying different frequencies of sound to the same photonic crystal plate.

With further development, the researchers say that their technique could be used in a variety of biomedical applications, such as to sort cells in a blood sample or to deliver drugs to parts of a person’s body in a nonintrusive way.

Erika K. Carlson is a Corresponding Editor for Physics based in Brooklyn, New York.

Making Materials Mimic Each Other

A novel framework for controlling many-body systems with external fields shows how two distinct materials could be made to mimic each other or form more exotic materials. Read More »

In a chain of 3D printed boxes, only the first transmits sound waves with certain frequencies, evidence of a topological edge state.   Read More » 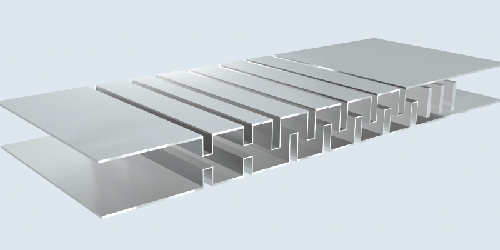 A waveguide structure allows a specific type of sound wave to travel in only one direction with near-perfect transmission and without a power source required. Read More »