January 9, 2019
An array of air channels behaves as an “acoustic Chern insulator” in which sound waves travel only around the edges and only in one direction.

Topological phases are defined by geometric constraints, which makes them especially robust against environmental influences. Although typically an electronic phenomenon, topological phases can also occur in acoustic systems. Researchers have now assembled an array of air channels to create the acoustic version of a topological phase known as a Chern insulator. Their acoustic device limits the propagation of sound waves to a single direction, which could benefit medical ultrasound and the control of environmental noise.

Some of the first acoustic topological systems were periodic arrays of scattering elements that blocked sound propagation except along their edges—similar to what happens for electronic transport in topological insulators. In these acoustic prototypes, the edge propagation was time-reversible, meaning sound waves could travel both forwards and backwards. The advantage of going to time-irreversible propagation is that edge-traveling sound waves would be less susceptible to scattering losses from defects.

To create their time-irreversible acoustic material, Jianchun Cheng from Nanjing University in China and co-workers connected several time-irreversible units, or “atoms,” via waveguides to make a hexagonal array. Each atom consisted of a ring cavity in which air was spun around at high speed. Previous work with single atoms had shown that sound waves enter and exit the cavity in only one direction. Cheng and co-workers managed to synchronize the acoustic modes of multiple atoms by relying on high-order acoustic resonances within each atom. They observed time-irreversible sound wave propagation along the edges of the array and verified that these one-way edge modes were immune to defects, such as cavities in which air spins the wrong way or not at all.

Antispiral Formation at a Liquid Surface 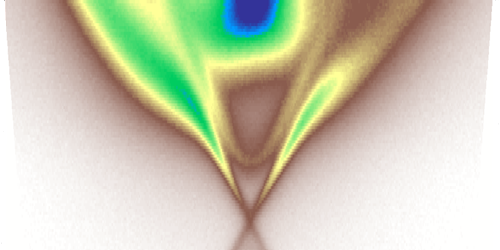 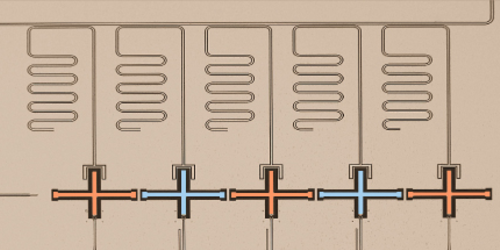 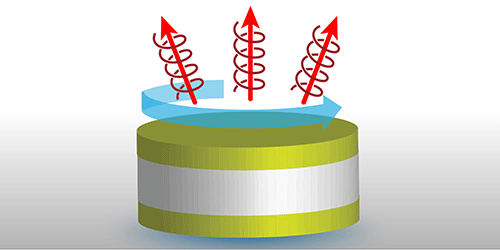 Theorists uncover a new magnetomechanical effect in topological insulators that are hotter than their environment. Read More »