December 15, 2016
A set of over 1000 tiny, parallel chemical reactions demonstrates the first example of an echo phenomenon in a chemical system.

Echoes are not limited to sound reflecting off cave walls. A similar phenomenon—a delayed response following an immediate response to some stimulus—can occur after coupled oscillators are stimulated by a sequence of two input pulses. Researchers have now observed such an echo phenomenon in a system of coupled chemical oscillators.

Edward Ott of the University of Maryland in College Park, Kenneth Showalter of West Virginia University in Morgantown, and their colleagues studied a standard oscillating chemical system known as the Belousov-Zhabotinsky reaction. This light sensitive reaction involves transitions between an opaque state and one that transmits light. The team fixed more than 1000 tiny beads containing the relevant chemicals in a setup that allowed the beads—each with its own oscillation frequency—to be individually illuminated and the light transmitted through each bead to be separately detected.

A strong light pulse synchronized the chemical reactions in beads that were past a certain point in their oscillation cycle. The degree of synchronization of the reaction, quantified by an order parameter, decayed rapidly and then rose when a second pulse was applied a time later (typically several hundred seconds). After an additional time , a smaller increase in the order parameter (the echo) appeared without any pulse stimulation.

The team’s simulations show that the oscillators re-synch to create the echo. The phase relationships among oscillators, which are maintained even when the oscillators are completely out of synch, are critical to seeing an echo. The researchers suggest that echoes could be used to probe the underlying oscillatory cells in colonies of yeast or bacteria.

David Ehrenstein is the Focus Editor for Physics.

A new analysis predicts the speed at which an infectious disease spreads to specific individuals in a network. Read More » 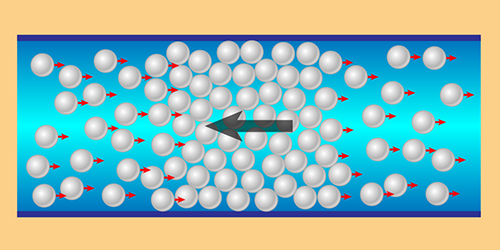