To celebrate the launch of the newest APS journal, Physical Review Materials, Physics presents a collection of stories that highlight results from materials research published in APS journals over the past decade. 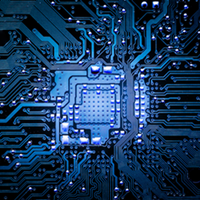 Germanium is an attractive material for spintronics because it can sustain spin-polarized currents for long periods of time and it’s easily interfaced with silicon—the basis for most of today’s electronics. A Synopsis from 2015 describes an experiment showing that germanium can also carry a spin-polarized current over nearly half a micrometer. And a 2017 Focus story by Mark Buchanan reports on the finding of a surprisingly large “spin Hall effect” in the semiconductor, an effect that can be used to efficiently convert an electrical current into a spin-polarized one. 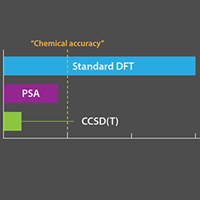 When it comes to computing the electronic properties of molecules and solids, density-functional theory (DFT) is often the method of choice. In a 2012 Viewpoint, Neepa Maitra describes a new approach to finding the electronic potentials in the time-dependent extension of DFT that may lead to improving the theory’s approximations. And in a 2016 Viewpoint, Kieron Burke writes about a promising method to make DFT calculations of molecular energies more accurate. 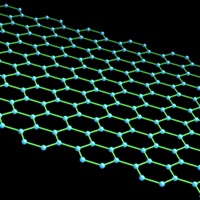 The Many Facets of Graphene

Since Andre Geim and Konstantin Novoselov extracted graphene from graphite, researchers have explored the ins and outs of the wonder material. In a 2008 Viewpoint, Vincent Crespi writes about a method for producing free-standing graphene sheets with some of the highest electron mobilities of any inorganic semiconductor. A 2011 Viewpoint by Elsa Prada describes how graphene can be folded into various structures that could be optimized to exhibit desired optical and electronic properties. And a Synopsis from 2015 explains how graphene, which is intrinsically nonmagnetic, can be made ferromagnetic by doping it with magnetic impurities, without disturbing its exceptional conductivity. 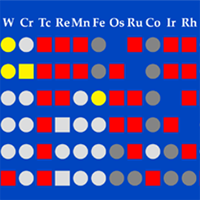 Computers can sift through far more potential materials than a human could ever make in the lab. A 2013 Viewpoint by Marco Fornari explains how this “high-throughput” approach has been used to predict 28 new platinum-containing alloys, which could be useful for industrial applications like catalysis. 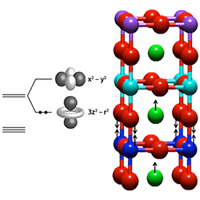 Transition-metal oxides exhibit superconductivity, ferroelectricity, or other remarkable properties depending on which of the orbitals of the transition-metal ions are occupied by electrons. In a Viewpoint, Scott Chambers explains a 2015 study demonstrating the ability to selectively populate a particular orbital state of one such oxide, a nickelate, by sandwiching a thin film of the material between different oxides. 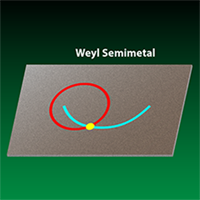 Birth of the Weyl

Weyl states are some of the latest examples of states that can emerge in materials with topological character. In a 2015 Viewpoint, Ashvin Vishwanath describes the experimental discovery of Weyl states in a semimetal and in a photonic crystal. 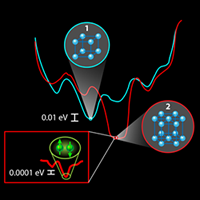 Superconductivity Prediction Borne Out by Experiments

The track record for predicting that a certain material will superconduct is notoriously bad, but advances in computational materials science are beginning to change this trend. A Viewpoint by Filip Ronning and John Sarrao describes how computational electronic-structure calculations led to the discovery in 2013 of low-temperature superconductivity in iron tetraboride. 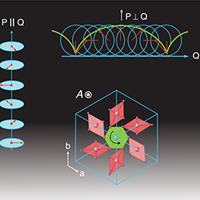